For more information on the latest FDA news, call an FDA Regulations Expert. 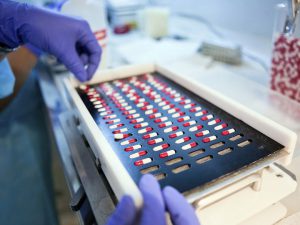 On August 8th, 2016, the FDA ruled that electronic smoking devices (like vape pens and e-cigarettes e-cigarettes and other tobacco products like hookahs and premium cigars in the same way it regulates traditional cigarettes and smokeless tobacco making it more difficult for minors to vape, and requiring scientific reviews of some products)   in a step to protect public health, all vaping liquids will be considered “tobacco products” and, as such, will not be available to consumers under 18 years of age.

E-cigarette use among adults has gone up about 12.6%, according to Centers for Disease Control and Prevention data from 2014.

Among the adults who tried to quit smoking that year, more than a half had tried e-cigarettes as an alternative, and more than 20% started using them. Only a little more than 3% of people who had never smoked tried them, but what has troubled public health leaders is the news that people between ages 18 and 24 had the highest number of new users.

With the new regulations, people under the age of 18 won’t be able to buy these products in order to prevent lifelong nicotine addiction in America’s young people.  The vaping and tobacco products will also have to come in child-resistant containers.  Vaping liquids come in flavorings specifically tailored to children including: cookies and cream, atomic fireball candy, and. gummy bears.

Research has showed that e-cigarettes have become a problem for children. This year, the CDC found that e-cigarette use had tripled among teens in just one year, and recent investigation found that teens who used them were more than three times as likely to smoke conventional cigarettes a year later, which is greatly troubling.

In 2014, the CDC found that the number of calls to poison centers about e-cigarettes had risen steeply. Most of those calls involved children under the age of five swallowing the liquid or getting it into their eyes or on their skin.

The new 2016 regulations also mean that the government can have a say in what goes into the products.

Before the 2016 FDA regulation, there was no law mandating that manufacturers tell you what you are inhaling when you try one of their commodities.